An overturned truck, two crashes and what was described as a "horrible accident" shut down lanes on two separate major New Jersey roadways early Monday. 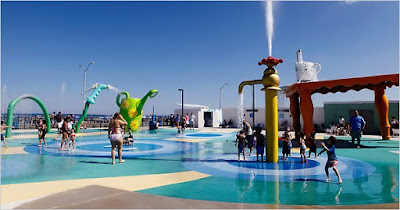 A truck overturned on 1-95 southbound, right at the Route 1 intersection, shutting two lanes and backing up traffic on both roadways, according to transportation officials. Two lanes were blocked in the Lawrence Township area as a result. Bricks were also reportedly all over the roadway, according to News12.
Another accident was slowing traffic on I-295 near the intersection with Route 33, officials said.
There also was a reported accident on New Jersey Turnpike inner roadway southbound, north of Interchange 9 - NJ 18 (Edison Twp), with the left lane blocked, officials said.
Eyewitnesses also described what they saw as a "horrible accident" on Road 78. Traffic reports said there was an accident near Exit 18, or Route 22, with delays going back to Exit 16 in Clinton.

URL : http://patch.com/new-jersey/hillsborough/breaking-3-new-jersey-crashes-overturned-truck-halt-traffic-0
Posted by Nora Arredondo at 3:02 AM No comments: